Actors volunteer to be hypontised on TV 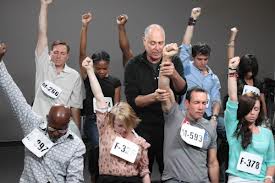 We are all pretty familiar with the basic formula of stage hypnosis. Supposedly normal people are hypnotised to do silly and embarrassing things before a wide-eyed audience. It is pretty hard to see exactly how the stage hypnotist is able to make normal folks cluck like a chicken (wiki ideas: peer pressure, social compliance, participant selection, ordinary suggestibility, and some amount of physical manipulation, stagecraft, and trickery). But whatever is going on in people's mind, it seems unlikely that these showman have somehow discovered how to master full mind control with the snap of the fingers. 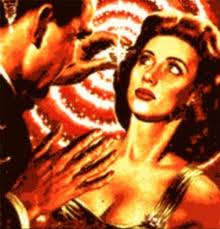 Yet still, the idea that hypnosis could be used to control all types of behaviour seems to capture the imagination. Recent TV programmes have dived straight into the sensationalist deep end, to pose the question: can people be hypnotised to commit a cold-blooded assassination? On Channel 4's Experiment series, Derren Brown claims to show that a normal everyday kind of guy can be plucked off the street and hypnotised to shoot a celebrity at a public gathering. Similarly, hypnotist Tom Silver was employed by the Discovery Channel programme Brainwashed to test the same idea: can Joe Citizen be hypnotised to commit cold blooded murder?

Both shows set up the question by invoking the case surrounding Bobby Kennedy's assassination. In what seems an absurdly flimsy defence, Sirhan Sirhan claimed to be hypnotised by secret agents to carry out the killing. The counter-evidence for premeditation was over-whelming, and the appeal was unsuccessful - this is hardly a strong starting point for establishing precedent. Rather, Sirhan Sirhan's defence seems to fit somewhere between desperate appeal and paranoid delusion. The Discovery Channel additionally invoked the case of Patty Hearst. This is a fascinating story in its own right. Heiress to the fortune of media mogul William Randolph Hurst (immortalised as Charles Foster Kane by Orson Welles in the classic Citizen Kane) was kidnapped by a self-styled left-wing revolutionary group, involved in bank robberies, two murders, and other acts of violence. After a failed ransom bid, she became an active member of this vanguard army until she was eventually captured by police and put to trial for armed robbery. Her defence, heavily influenced by her extremely influential parents, argued that Patty Hearst had been brainwashed to join the revolutionary group. It seems likely that her parents were unable to accept the more shocking possibility that their daughter would willingly turn on their way of life to adopt an outlaw revolutionary life. Here, the term brainwashed sounds more like an expression of parental disbelief than a systematic process of coercive mind control. 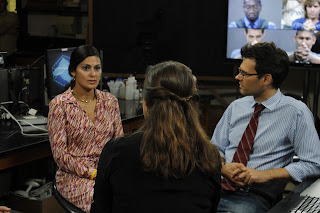 Despite the weak starting premise for mind control, both shows nevertheless set out to demonstrate that hypnosis can be used to programme an ordinary person to carry out a (mock) assassination. On Brainwashed, I was called in to join a panel of experts to assess a series of 'experiments', starting from relatively benign tests of hypnotic suggestion and culminating in the mock assassination. Our role as the scientific experts was relatively limited, but we were able to observe the overall process reasonably closely. We saw no obvious jiggery pokery during production, although post-production clearly used the usual kinds of selective editing tricks that can mould impressions without explicit falsehoods.

Most viewers are pretty wise to the fact that the final cut includes only footage that the director wants you to see. Very many hours of footage never make it to screen, leaving plenty of wriggle room to create a 'coherent narrative'. But what did seem to surprise many viewers was the fact that the star 'assassin' of the show turned out to be a part-time actor, not a regular member of the public as the overall narrative implied. A similar minor scandal erupted when it was suggested that one of Derren Brown's hypnosis subjects was in the acting profession. 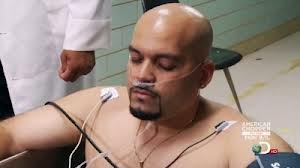 But is it really so surprising that a volunteer who signs up to be on TV turns out to be an actor? Presumably most people who volunteer for these kinds of things are either actors, or at least aspiring actors. And presumably the directors know this too. Even if they don't explicitly advertise for actors, they are very likely to get actors answering to the call for participation. And conveniently, actors will no doubt act the part for the cameras - so what more could a director want? It is not impossible that actors can also be hypnotised (maybe good acting is a form of hypnosis anyway), but it is important to keep in mind the relevant context: TV studio, with lights, cameras, etc; and actors (or similar) who want to be on TV. This scenario is not the stuff of controlled scientific research - needless to say, such shows should be viewed with a healthy scepticism. It maybe not be necessary quite yet to abandon your pre-existing sense that you are more or less in control of your own actions and behaviour.