Statistical regularities in the environment allow us to generate predictions to guide perception and action. For example, consider the challenge facing a goal keeper during a penalty shoot-out. There is simply not enough time to act responsively. By the time the ball in hurtling along its path to some deep corner of the net, it is probably already too late to plan and execute the appropriate action to save the goal. Instead, the goal keeper must actively predict the likely trajectory of ball before it has even left the boot of the other player. The goal keeper must use the any subtle clues betrayed by the kicker, any reliable signal to help prepare for a dive in the correct direction.

Predictions are useful in many contexts, not just professional sport. In everyday life, your brain is constantly generating predictions that help you to interpret the world around you and plan appropriate behaviour. Hermann von Helmholtz described the importance of predictions derived from past experience for interpreting perceptual information (see previous post). More recently, theorists that argued that the brain is essentially a predictive machine - for example, the Free Energy Principle proposes that perception and action are best conceptualised as a dynamic interplay between predictions we make about our environment and how well these predictions explain future events.

In any given context, some predictions might be useful for behaviour, but others less so. Here, we asked whether and how the brain learns relevant and/or irrelevant predictive relationships using electroencephalography (EEG).

Participants in our experiment performed a simple target detection task (see Figure 2). On each experimental trial, they were presented with a visual stimulus drawn for a set of ten possible fractals images. At the start of the experiment, one image was assigned as the target. Participants were simply instructed to press a button as quickly as possible each time they detected the target image. Critically, unbeknownst to the participants. we also assigned specific roles for some of the other 'non-target' images. Firstly, we randomly assigned one of the stimuli to act as a task-relevant predictive cue. We rigged the presentation probabilities such that the target stimulus was more likely to follow the predictive cue than any other stimulus. We reasoned that participants should be able to implicitly learn this task-relevant predictive relationship to help prepare for the response to the target stimulus (faster response times).

Analysis of the reaction time data confirmed that participants learned the task-relevant statistical regularity that we introduced into the experiment. Reaction times were faster for cued targets relative to uncued targets (see Figure 3). By definition, there is no behavioural measure for task-irrelevant learning in this task, so we must turn to the EEG data (see Figure 4). Panel A shows the EEG response to cued targets relative to uncued targets as a function of learning (block number) in frontal, central and posterior scalp electrodes. The colour scale shows the difference in voltage between cued and uncued targets, i.e., the effect of the predictive cue on target processing. Towards the end of the experiment (blocks 7 & 8), a positive difference emerges at around 300ms after the presentation of the target. We also estimated the effect of learning by calculating the linear relationship between block number and the EEG response. In panel B, we can see the scalp distribution of this learning effect. In comparison to the robust learning effect of task-relevant predictions, we find no evidence for an effect of block (i.e., learning) on task-irrelevant predictions (Panel C & D). Finally, in Panel E we also plot the time-course of the learning effect for relevant (in blue) and irrelevant (in red) predictions for frontal, central and posterior electrodes, revealing a significant effect of learning relevant predictions (black significance bar, relative to baseline), but not irrelevant learning (relevant>irrelevant in grey significance bar).

Finally, we performed the same analysis, but time-locked to the cue stimulus (Figure 5). All the conventions were the same, expect now we are looking at the response to the predictive stimulus (rather than the predicted stimulus). Again, we observed a robust learning effect for the task relevant predictive cue (Panels A,B), but not for the task-irrelevant (Panels A,B and C for the direct comparison).

This experiment shows that learning predictive relationships critically depends on the task relevance. In our experiment, participants were not explicitly informed about any of the statistical relationships between stimuli, but simply learned them through experience. Task-relevant predictions clearly benefited behaviour in the task. As participants learned the implicit statistics of the task, they responded more quickly to cued, relative to uncued targets. The learning effect was also clearly evident in EEG activity, consistent with differential processing of predictive, and predicted, task-relevant stimuli. In contrast, there was no evidence for a corresponding neural effect for task-irrelevant predictions, providing strong evidence that the brain prioritises which relationships to learn. Of course, our null effect does not mean that task-irrelevant predictions are never learned or represented, but rather highlights to importance of task-relevance in modulating the learning process.

As a side note, this experiment also provides a nice example of how we can use EEG to probe cognitive variables without requiring a behavioural response. In many situations, we are interested in how the brain processes non-target information. This presents an obvious challenge for a behavioural experiment: how can we measure processing, without making the stimulus task-relevant? Here, we use EEG to measure the response to task-irrelevant input, thereby providing insights at both the neural and cognitive level (see relevant post here) 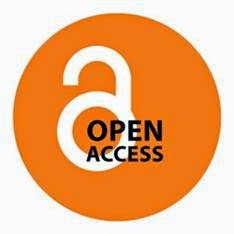