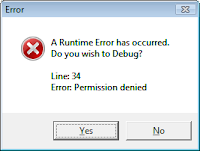 We all make mistakes - Russ Poldrack's recent blog post is an excellent example of how even the most experienced scientists are liable to miss a malicious bug in complex code. It could be the mental equivalent of missing a single double negative in a 10,000 word essay, or a split-infinite that Microsoft word fails to detect or even a bald-faced typo underlined in red that remains unnoticed by the over-familiar eyes of the author.

In the case reported by Russ last week, although there was an error in the analysis, the actual result fit their experimental hypothesis and slipped through undetected. It was only when someone else independently analysed the same data, but failed to reproduce the exact result, that alarm bells sounded. Luckily, in this case the error was detected before anything was committed to print, but the warning is clear. Obviously, we need to be more careful, and cross-check our results more carefully.

Here, I argue that we also need to think a bit more carefully about bias in the debugging process. Almost certainly, it was no coincidence that Russ's undetected error also yielded a result that was consistent with the experimental hypothesis. I argue that the debugging process is inherently biased, and will tend to seek out false positive findings that conform to our prior hopes and expectations.

Writing complex customised analysis routines is crucial in leading-edge scientific research, but is also error prone. Perfect coding is as unrealistic as perfect prose - errors are simply part of the creative process. When composing a manuscript, we may have multiple co-authors to help proofread numerous versions of the paper, and yet even then we often find a few persistent grammatical errors, split infinitives, double negatives slip through the net. Analysis scripts, however, are less often so well scrutinised, line by line, variable by variable.

If lucky, coding errors just cause our analyses to crash, or throw up a clearly outrageous result. Either way, we will know that we have made a mistake, and roughly where we erred - we can then switch directly to debugging mode. But what if the erroneous result looks sensible? Just by chance, what if the spurious result supports your experimental hypothesis? What are the chances that you will continue to search for errors in your code when the results make perfect sense? 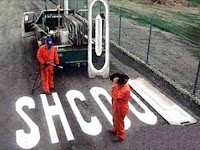 Your analysis script might contain hundreds of lines of code, and even if you do go through each one, we are notoriously bad at detecting errors in familiar script. Just think of the last time you asked someone else to read draft prose because you had become blind to typos in the text that you have read a million times before. By that stage, you know exactly what the text should say, and that is the only thing you can read any more. Unless you recruit fresh eyes from a willing proofreader, or your attention is directed to specific candidate errors, you will be pretty bad at seeing even blatant mistakes right in front of you.

OK, analysis is noisy - so what? Data are noisy too, isn't it all just part of the messy business of empirical science? Perhaps, but the real problem is that the noise is not random. On the contrary, debugging is systematically biased to favour results that conform to our prior hopes and expectations, that is, our theoretical hypotheses.

If an error yields a plausible result by chance, it is far less likely to be detected and corrected than if the error throws up a crazy result. Worse, if the result is not even crazy, but just non-significant or otherwise 'uninteresting', then the dejected researcher will presumably spend longer looking for potential mistakes that could 'explain' the 'failed analysis'. In contrast, if the results looks just fine, why rock the boat? This is like a drunkard's walk that veers systematically toward wine bottles to the left, and away from police to the right.


With recent interest in myriad bad practises that boost false positive rates far beyond the assumed statistical probabilities (e.g., see Alok Jha's piece in the Guardian), I suggest that biased debugging could also contribute to the proliferation of false positives in the literature, especially in the neuroimaging literature. Biased debugging is also perhaps more insidious, because the pull towards false positives is not as obvious in debugging as it is with cherry-picking, data peeking, etc. Moreover, it is perhaps less obvious how to avoid the bias in debugging practices. As Russ notes in his post, code sharing is a good start, but it is not sufficient - errors can remain undetected even in shared code, especially if not widely used. The best possible safeguard is independent reanalysis - to reproduced identical results using independently written analysis scripts. In this respect, it is more important to share the data rather than the analysis scripts, which should not be re-run with blind faith!