Our paper, just out in Psychological Science, describes the final series of experiments conducted by Alexandra Murray during her PhD with Kia Nobre and myself at the Department of Experimental Psychology, Oxford University. Building on previous research by Kia and others in the Brain and Cognition Lab, these studies were designed to test how selective attention modulates information being held in mind, in a format known as visual short-term memory (VSTM). 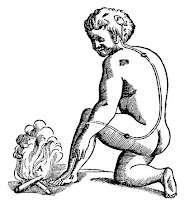 Typically, VSTM is thought of as a temporary buffer for storing a select subset of information extracted during perceptual processing. This buffer is typically assumed to be insulated from the constant flux of sensory input streaming continuously into the brain, allowing the most important information to be held in mind beyond the duration of sensory stimulation. This way, VSTM enables us to use visual information to achieve longer-term goals, helping to free us from direct stimulus-response contingencies (right).

In long term-memory research, retrieval mechanisms are often considered as important to memory performance as the storage format. It is all well and good if the information is stored, but to what end if it cannot be retrieved? We think that retrieval is also important in VSTM - valuable information could be stored in short-term traces that are not directly available for memory retrieval. In this study, we show that attention can be directed to such memory traces to convert them into a format that is easier to use (i.e., retrieve). In this respect, attention can be used to restore information to VSTM for accurate recall.

We combined behavioural and psychophysical approaches to show that attention, directed to memory items about one second after they had been presented, increases the discrete probability of recall, rather than a more perceptual improvement in the precision of recall judgements (for relevant methods, see also here). This combination of approaches was necessary to infer a discrete state transition between retrievable and non-retrievable formats.

Next step? Tom Hartley asked on twitter: what happened to the unattended items in memory? We did not address this question in this study, and the current literature presents a mixed picture, some suggesting the attention during maintenance impairs memory for unattended items (see), whereas others find no such suppression effect (see). It is possible that differences in strategy could account for some of the confusion. 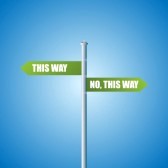 To test the effect on unattended items in behavioural studies, researchers typically probe memory for unattended items every so often. This presents a contradiction to the participant - sometimes uncued items will be relevant for task performance, therefore individuals need to decide on an optimal strategy (i.e., how much attention to allocate to uncued items, just in case...). A cleaner approach is to use brain imaging to measure the neural consequence for unattended items. The principal advantage is that you don't need to confuse your participants with a mixed message: attend to the cued item, even though we might ask you about one of the other ones!!