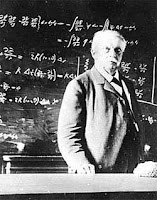 In the late 19th Century, the great polymath Hermann von Helmholtz eloquently described how our past experiences shape how we see the world. Given the optical limitations of the eye, he concluded that the rich experience of vision must be informed by a lot more than meets the eye. In particular, he argued that we use our past experiences to infer the perceptual representation from the imperfect clues that pass from the outside world to the brain. 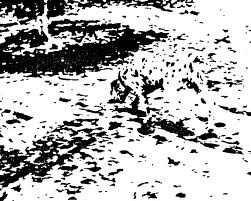 More than one hundred years after Helmholtz, we are now starting to understand the brain mechanisms that mediate this interaction between memory and perception. One important direction follows directly from Helmholtz 's pioneering work. Often couched in more contemporary language, such as Bayesian inference, vision scientists are beginning to understand how our perceptual experience is determined by the interaction between sensory input and our perceptual knowledge established through past experience in the world.

Prof Nobre (cognitive neuroscientist, University of Oxford) has approached this problem from a slightly different angle. Rather than ask how memory shapes the interpretation of sensory input, she took one step back to ask how past experience prepares the visual system to process memory-predicted visual input. With this move, Nobre's research draws on a rich history of cognitive neuroscientific research in attention and long-term memory. 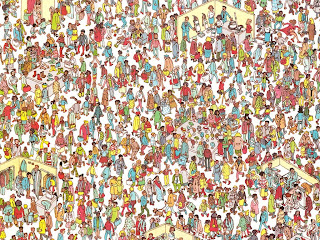 Although both attention and memory have been thoroughly studied in isolation, very is little is actually known of how these two core cognitive functions interact in everyday life. In 2006, Nobre and colleagues published the results of a brain imaging experiment designed to identify the brain areas involved in memory-guided attention (Summerfield et al., 2006, Neuron). Participants in this experiment first studied a large number of photographs depicting natural everyday scenes. The instruction was to find a small target object embedded in each scene, very much like the classic Where's Wally game.

After performing the search task a number of times, participants were able learned the location of the target in each scene. When Nobre and her team tested their participants again on a separate day, they found that people were able to use the familiar scenes to direct attention to the previously learned target location in the scene.

Next, the research team repeated this experiment, but this time changes in brain activity were measured in each participant while they used their memories to direct the focus of their attention. With functional magnetic resonance imaging (fMRI), the team found an increase in neural activity in brain areas associated with memory (especially the hippocampus) as well as a network of brain areas associated with attention (especially parietal and prefrontal cortex).

This first exploration of memory guided attention (1) confirmed that participants can use long-term memory to guide attention, and (2) further suggested that the brain areas that the mediate long-term could interact with attention-related areas to support this coalition. However, due to methodological limitations at the time, there was no way to separate activity associated with memory-guided preparatory attention, and the consequences of past-experience on perception (e.g., Helmholtzian inference). This was the aim of our follow-up study.

The Current Study: Design and Results

In collaboration with Nobre and colleagues, we combined multiple brain imaging methods to show that past experience can change the activation state of visual cortex in preparation for memory-predicted input (Stokes, Atherton, Patai & Nobre, 2012, PNAS). Using electroencephalography (EEG), we demonstrated that the memories can reduce inhibitory neural oscillations in visual cortex at memory-specific spatial locations.

With fMRI, we further show that this change in electrical activity is also associated with an increase in activity for the brain areas that represent the memory-predicted spatial location. Together, these results provide key convergent evidence that past-experience alone can shape activity in visual cortex to optimise processing of memory-predicted information.

Finally, we were also able to provide the most compelling evidence to date that memory-guided attention is mediated via the interaction between processing in the hippocampus, prefrontal and parietal cortex. However, further research is needed to verify this further speculation. In particular, we cannot yet confirm whether activation of the attention network is necessary for memory-guided preparation of visual cortex, or whether a direct pathway between the hippocampus and visual cortex is sufficient for the changes in preparatory activity observed with fMRI and EEG. This is now the focus of on-going research.