The Science in the Middle

When it comes to controversies, science can find itself stuck between GMO doomsayers on the left and climate change deniers on the right. To the former, science may be the evil arm of big business interests, but to the latter, a bunch of left wing saboteurs intent on halting progress and civilisations. Both sides of the argument can be high-jacked for political point scoring.

Today, a united front of self-proclaimed "Geeks in the Park" staged a protest against anti-GMO group "Take the Flour Back" hoping to halt an experimental trial in Harpenden to test a genetically modified wheat crop. It is a pretty fiery debate. Following it live on Twitter today, quite a few inflammatory things were said on both sides.


From a Tweeting Greens Party politician on the anti-GMO side:

The mouth frother is still here. Being debated with. I must say, very brave of him to mix with us. Credit for that.

And from a Tweeting Labour Party politician, on the anti-anti-GMO side:


Have lots of anti-histamines & am tempted to offer them to any sneezing anti-GM protestors. But animal tested 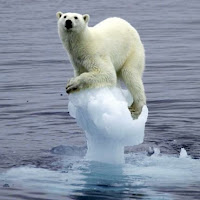 But jokes aside, this is obviously an important issue. Research into how we (i.e., a very large number of people, who show every sign of becoming an ever-larger number!) are going to feed ourselves into the 21st century is probably one of the most pressing issues facing science today. There will be many routes that need to be explored, including genetic modification (following in the tradition of the great 19th century Augustinian friar Gregor Mendel) as well as other agricultural developments (which will also have potential risks and unforeseen side effects - everything does!). Moreover, pending climate change makes this research even more urgent. But here we find science attacked from the other side of the political spectrum. The list of strongly worded claims and counter claims is pretty long, but for a taste of the controversy see here for one scientist's perspective (and ensuing comments) and here for the latest views from climate-change skeptics.
Posted by StokesBlog at 09:28

Email ThisBlogThis!Share to TwitterShare to FacebookShare to Pinterest
Labels: controversy, politics of science